Major and minor chords have the same relationship with the 3rd degree of their scales. The only difference between the two chords below is the flat 3rd in the minor chord.

The major pentatonic scale removes the 4th and 7th notes of the major scale. That leave two wide intervals (a rectangle) and three narrow intervals (a square). It's a major scale so it has a major 3rd.

Here's how those intervals fit into the major pentatonic Freedom Blocks.

Even though the notes are different, major and minor Freedom Blocks work the same. The only visible difference is the position of the root notes.

That changes where the root notes appear in the rectangles.

Starting on the same root note your can play a major or minor pentatonic scale. The Freedom Blocks look similar except for where the root notes are located..

Here is the A minor sequence you played for your first solo.

Starting from the same root note, play these stepping squares in the key of A major. You might get lost because you're so use to playing the minor version. Try adding a slide in the first row of each square. 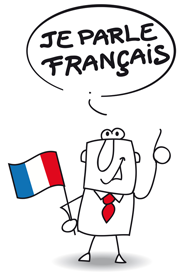 Everything you've learned about minor Freedom Blocks applies to major Freedom Blocks. It's like taking a Spanish class and at the end of the semester your instructor announces that you've also learned to speak French.

Find a major key backing track and give your new found skill a test run. You can start on any root note. Be sure to keep an eye out for the B string.

Shapeless But Not Clueless

Once you understand major or minor Freedom Blocks, all you need is a root note.

You're sitting on root note in the key of A major pentatonic. You're ready to move.

Move to the left and you're in a rectangle heading to another square. Move to the right and improvising in a square. It's that simple.

As always you're free to move in whatever direction the groove takes you. That's what Freedom Blocks are all about.

Not to be left in the dust, here is the minor pentatonic guy.

“Repetition tends to draw us into a participatory stance so that we’re imagining the next note before it happens.” — Elizabeth Hellmuth Margulis, author of On Repeat: How Music Plays the Mind
« Previous
Next »