I was lucky to be in a rock band in 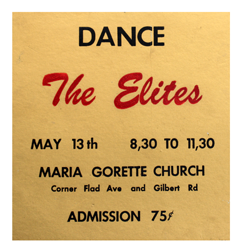 high school. Lucky because my parents owned an electronics store and my dad gave me a used PA amplifier with speakers and mics. I knew nothing about guitars but I had a PA system.

I played bass, simple bass, like A for an A chord and C for C chord, but when the keyboard, the drums and the other guitars kicked in, and we all hit that A chord together, it felt like NASA's Apollo 13 launch.

In fact, the most fun you'll have with your guitar is playing with other instruments, but that rarely happens in the first year of lessons. Instead you'll spend hours learning chords, strum patterns, scales and music theory. Nothing wrong with that except it's not much fun.

Not surprising, ninety percent of first time guitar players quit in the first year, many in the first ninety days. That's according to a survey by Fender Musical Instruments Corporation. My own survey of Craigslist ads suggests that many quit in the first 24 hours.

Improvisation is the Solution

Improvisation means spontaneously playing along with a backing track using notes from the key of the song. You can play those notes anywhere on the guitar fretboard and it will sound musical. You'll feel like you're in the band. And you don't have to read music or learn any chords. The first time I did this, my wife told me it sounded really good.

You can start improvising using Freedom Blocks, two small shapes that link together like Lego® pieces. Freedom Blocks let you play anywhere on the fretboard, with notes that blend perfectly with the chords, or whatever key the band, or backing track is using. All you need to know is how to move from one Freedom Block to another.

Here's nine reasons why this method is better for beginners.

So crank up your favorite song and have fun while you're learning to play the guitar— with a band.

"I'm just sitting everyday jamming and enjoying every moment. I hadn't played the guitar for 2 years and I work in a guitar shop so that shows how much I lost interest. But with Freedom Blocks I literally can't wait to get home from work so I can play my electric guitar." — Eyal

"I'd think learning to play the guitar would be very confusing for sighted people."—Doc Watson